After spending countless hours in testing GUI and backend, numerous bugs are encountered in production. What’s missing? Due to crunch of resources and time, API testing is generally skipped and that’s where lot of bugs resides. However, noticing the increase in number of APIs used for development of years, it’s crystal clear that API testing is the new king!

GUI testing revolves around user’s experience, look & feel of the product. Can we justify applying same approach for testing APIs?

If yes, how? If no, then what crucial scenarios should be covered, what are prerequisites needed, what is a must to-do checklist for API tests? If you are less associated with API and lack answers, don’t worry. You are not alone.

Shivani had faced similar situation when she didn’t even know “A” of API testing.  Based on her experiences at Kreditech and XING, she’ll explore what the API testing is all about, its core values, test strategy, common API testing mistakes and how to avoid them. Join the talk to know about her tale of shifting perspective from browsers, button, textboxes to requests, response and endpoints.

Objective of the presentation:
Sharing my journey of moving from UI to API testing
Attendee pre-requisites - If none, enter "N/A":
N/A 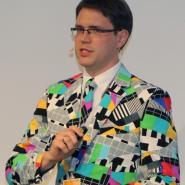 Re: Dear program committee, I

I should probably state why I want to see this talk so much:

Eclipse events are hosted all over the world!