A Hitchhiker's Guide how to create an Open-Source Business

Running an Open-Source Business?! No such thing easier than that!

Let's start having a look at a founders life from the employees perspective. It's a life where you travel around the world, having dinner with superior food in nice restaurants, driving big cars and being a very important person. Place here all the imaginations you might additionally have. How about the employees life? It's a boring life where you have to do what others want from you. No dinners, no big cars. Honestly, being an employee is not as bad as some people might think. You regularly receive your salary at the end of the month. In most jobs, it's a nine to five. I know that especially developers are highly engaged, spending more time than the daily 8 hours. But if you fail to finish a certain task, report it to your supervisor in time. Now, it's his/her problem :-). Ok, you might get into some kind of problems if you really messed up something. But if you didn't do it on purpose, it's hard for a company to really blame you for that.

So everything is fine, isn't it?
Yeah, it is.

But if you really have the feeling to change the world, give it a try. Let me take you on a journey, how to create a successful Open-Source Business. As a foreword, it's not only the technology that matters. In 2011, I have received the Eclipse Community Award in the category "Best Application" for my Eclipse RCP software OpenChrom [1]. It took me ~10 years to find an Open-Source Business model. Honestly, I did almost every mistake one can do. So let me share my mistakes and misinterpretations with you. It will be funny. I'm sure that you'll say: Why did you do that!? :-). In a retro-perspective, a lot of thinks I did where stupid. But I have learned a lot. It's a known secret, programmers are smart people and software is a great opportunity to start a lean business. You just need your brain and a computer. No costs for buildings, machines, ... and so on. Furthermore, most of the tools required to create your first product are Open-Source too. The Eclipse Foundation plays a very important part in that role. It seems like we are living in the land of plenty. Just create an idea, implement it and you're having a business. Frankly, it needs more than that. Just having an idea isn't enough to create a successful company. So what are the ingredients to create a successful software, respectively business? Even when doing Open-Source, you have to make a living of your product. Anyways, I'd like to encourage you to believe in your idea and to find a strategy how to develop it.

Let me take you on a journey of pitfalls, mistakes and hilarious problems one encounters when trying to start a business.

Here's my final remark: You can work as hard as you can, but the most important thing you need is to have luck!

Objective of the presentation:
I'd like to encourage people to start a business, especially an Open-Source business. Open-Source needs to be maintained. The more people make a living of it, the better chance we have that Open-Source is maintained in a long term.
Attendee pre-requisites - If none, enter "N/A":
N/A 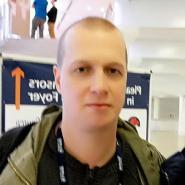 Looking forward to attend this talk