We are proud to say that the sessions and keynotes at EclipseCon Europe are chosen by an independent program committee made up of volunteers from the Eclipse community.

Achim Lörke (committee chair) is a Managing Director at BREDEX GmbH in Germany. He is also the project lead for the Eclipse Jubula project. His work focus is on software architectures, open source strategies and managing the software quality assurance team at BREDEX. His involvement with Eclipse started about 10 years ago when the closed source predecessor of Jubula was developed as an RCP application. In his spare time he likes to paddle his canoe and to stargaze (obviously at different times and locations).

Cédric Brun, CTO at Obeo, strives to build great products in Eclipse and on Eclipse. Mostly focused on pragmatic modeling technologies and tools, he is a member of the Modeling PMC, Project Lead of Amalgam and also a committer on the Acceleo, Sirius, and Mylyn Intent projects.

Christian Campo (chair emeritus) is project lead for Eclipse Riena, a committer on multiple Eclipse projects, a developer for iPhone and iPad, and is interested in JavaFX and Cloud Storage.

Marco Carrer is VP of Software Engineering at EUROTECH. He holds a Laurea in Electronic Engineering from the University of Padova and a Master in Computer Science from Cornell University. He is also a certified SCRUM Master and has been awarded ten US patents.

Jonas Helming is General Manager of EclipseSource Munich as well as a consultant, trainer, and software engineer. His focus is on Java, UI Modeling, Eclipse RCP, Eclipse Modeling, and Eclipse 4. Jonas is an active member of the Eclipse community and serves as lead of two Eclipse projects and contributes to others. In 2013, he won the Eclipse Top Newcomer Evangelist award. He has also published a book about the Eclipse 4.2 SDK.

Simon Kaufmann works at itemis as an IT consultant. His focus is on modeling technologies as well as on development infrastructure and tooling. He is experienced with runtime technologies and web development and is project lead of the Eclipse Skalli project.

Martin Lippert works at Pivotal on Eclipse-based developer tooling for the Spring framework, Cloud Foundry, and JavaScript. He co-leads the team that ships the Spring IDE, the Spring Tool Suite, the Groovy/Grails tool suite, the Cloud Foundry Integration for Eclipse, AJDT, AspectJ, Groovy-Eclipse, and co-leads the Eclipse Flux project. Martin is also co-founder of it-agile GmbH, one of the leading agile companies in Germany.

Susan Schwarze (OSGi) acts as an interface among technologists, the user communities, and potential adopters, communicating the technology value to user communities and translating adopter needs and wants into technical requirements.   As such she represents ProSyst within the OSGi Alliance, serves as Director of the OSGi board and VP Marketing, and drives industry-based research and business projects at the management level.

Dominique Toupin is product manager of software development tools at Ericsson, where he is responsible for the creation of product roadmap definitions, open source initiatives, research projects, and collaboration with other end user companies on open source software.

Angelika Wittek currently works as a freelance IT consultant, application architect, and software developer. She has been using the Eclipse IDE since 2004. She recently began to build systems using MQTT and related components. In her free time she likes to go to the mountains or experiment with her raspberry pi. Angelika holds a degree in computer science from the University  of Würzburg.

Ivan Inozemtsev works at Xored and leads the Eclipse RCP Testing Tool project. His past experience at Xored include leading development of F4, an Eclipse-based open source IDE for the Fantom programming language, and contributing to various Eclipse-based products for customers.

Begoña Laibarra is a manager at SQS S.A., where her work includes design and implementation of SQA process improvement. She has a master's degree in Robotics and Automation. 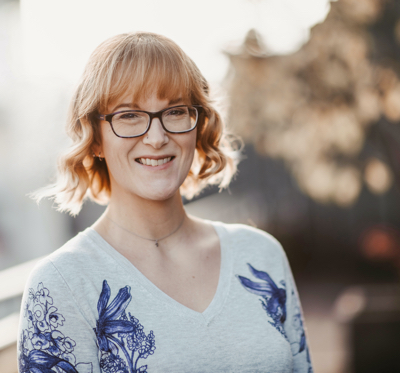 Alexandra Schladebeck is product owner of the Eclipse Jubula project and the standalone tools Jubula and GUIdancer. With a background in linguistics, it's not much of a surprise that Alex usually acts as a two-way translator between development teams and customers. Her roles as a consultant and a speaker at conferences give her the chance to share experiences learned from the development and testing process with the community and with customers. Alex's main interests in software development are how to make applications user-friendly and how to bring agility to the testing process.

Learn more about our sponsors

A Final word or two by Ralph Mueller
The IoT will be built on open source by Mike Milinkovich
Conference2Go App for BlackBerry by Ekke Gentz
Gearing up for the IoT Playground at EclipseCon Europe By Fred Sandsmark
Copyright © 2016 The Eclipse Foundation. All Rights Reserved.

EclipseCon is brought to you by The Eclipse Foundation with the support of our sponsors.
Powered by Drupal and built on COD.